I was sitting this evening watching a programme on channel five called Police Interceptors. I have interest in crime and its causes ever since I studied criminology as part of my degree in the 90s.

I am not shocked at hearing the stuff that people get up to but what does concern me is when things happen in my area and I don’t hear about them I become concerned.

The incident in question happened in a town called Stanley in Co Durham. A group of black youths had been set upon and threatened with various items including an iron bar. 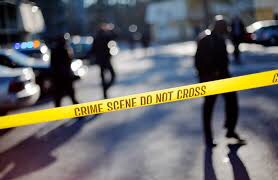 The programme described how the police unit were aware of who the people were and the ring leader that they wanted to question in regards to the incident.  They were tasked with arresting the youth and detaining him for questioning. It was later revealed that one of the the youths was sentenced to seven years eight months for the crime.

What really concerns me isn’t the crime but the fact that I cannot find one item of news on this? I have search using numerous terms to see if anything has been reported.

You would think that such an item would be in the public interest and this would be a top story. Are the press choosing to ignore such stories? Are the police only allowing information that will subdue the public to thinking that everything is okay. We can print an article now and again about how some pervert has been locked up and this will make people think that things are okay in the world.