In an international study, England ranks 14th out of 15 for children’s overall life satisfaction, coming ahead of only South Korea. Romania tops the list.

This headline is sad and worrying but it isn’t surprising. Spending the good part of twenty years working with young people I see these headlines and feel helpless at times. Just look at the way people speak to each other on social media not just young people but adults.

Take for instance if an athlete wins a medal for their sport and someone will comment negatively. Not about what the person has achieved but you will see revolting personal remarks about them. Why? Why would you want to bring someone down who has achieved something? The textbook answer is that someone tries to bring an other person down to make themselves feel better. It certainly goes much further than this.

Read the news or see headlines when someone is brought before the courts because they have racially abused someone. Whether it be online or the high-profiled case of football fans racially abusing a black man on the Paris metro system. We think it’s almost our god-given right to say what we think about someone else. Regardless if this is hurtful or even against the law. Just because you think you have a right to say something doesn’t mean you need to say it.

Common sense and courtesy. Words that are used but rarely put into practice when it involves other human beings. No wonder that the biggest cause of young people misery is bullying.

I couldn’t sleep last night and at 3am memories of a former boss came into my head and I was trying to describe to myself what this person was like and how they had affected my well-being. The description I came up for her was a ‘life-forcer’ – someone who drains all the life force out of you through intimidation, bullying, lies and dishonesty. She drained anything moral and good about you and made you want to retaliate.

There aren’t many people who I have met who are like her. Borderline psychopathic. They have no concept of empathy and didn’t realise that what they were doing was harmful and dangerous. We all have the capacity to be like her but it is our choice to go down the path of being respectful and courteous. I was pulled up in a corridor and chastised in front of pupils, something unprofessional and unnecessary. I asked that she didn’t do this in a following conversation. She obviously bit my head off, chewed it and spat it out. I wouldn’t have expected anything less.

What can we do? Be polite. Show others that you can get ahead in life without the nastiness. Bullies never win. You will always be better than the horrible ones that will get to you and wind you up. We must instil into each generation of people that they are valued and loved. There will be people who try to bring you down but it’s their problem, they have insecurities and inadequacies. Learn to move on and surround yourself with those who love you. 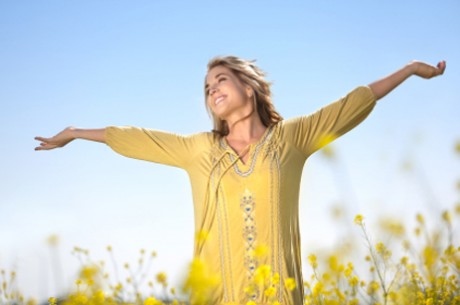