It has been a strange day. I went to a funeral service for a neighbour of mums who had passed away a few weeks before. I went instead of mum as it’s more difficult for her to be at these sort of events.

Mums neighbour was a devoted catholic and the local church is just on the end of my estate. A short walk to the place and so I was on time.

Entering the church was strange. No one to greet you or tell you where to sit. No one giving you a hymn book and the specially made ‘order of service’ had all been taken.

The service was rather alarming started by a clanging of a bell but I was baffled at the texts and responses both mumbled by the priest and the congregation.

“RumpletumpleJennyAguttertoo”. The priest said. The congregation replied “Lalatittletattlelemonypledge”. I was rather confused at what and where if at all I should be saying anything.

There was a lot of signing and genuflecting. I didn’t want to try and join in not for the lack of faith but looking like a dislexic sign language interpreter.

It become apparent that if you weren’t a part of the church or a had experience of the Catholic mass you were going to be at a loss.  It felt sad that I just didn’t feel a part of the service. No welcome and no explanation of what or when things took place.

My knowledge of religion and experience of places of worship has been varied. I would have thought someone coming into this environment would be overwhelmed to say the least.

Accessibility and faith should be a priority. Those who don’t practice both will alienate even more to come. 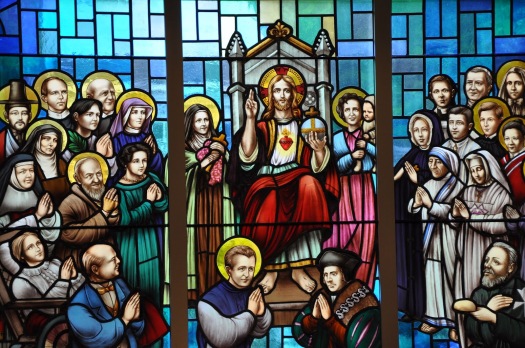